[Review] I Have Loved 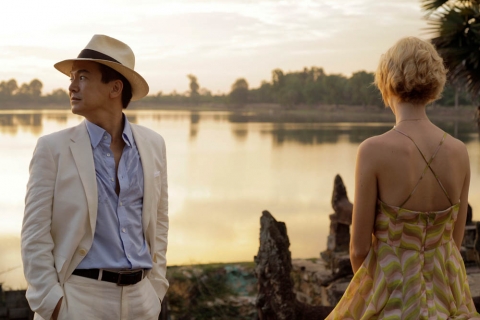 Writing a review, is like attempting to be an intelligent audience, hoping to peel away the frames, and duck beneath the dialogues to take a peek at the directors’ intentions: to see through the writers. 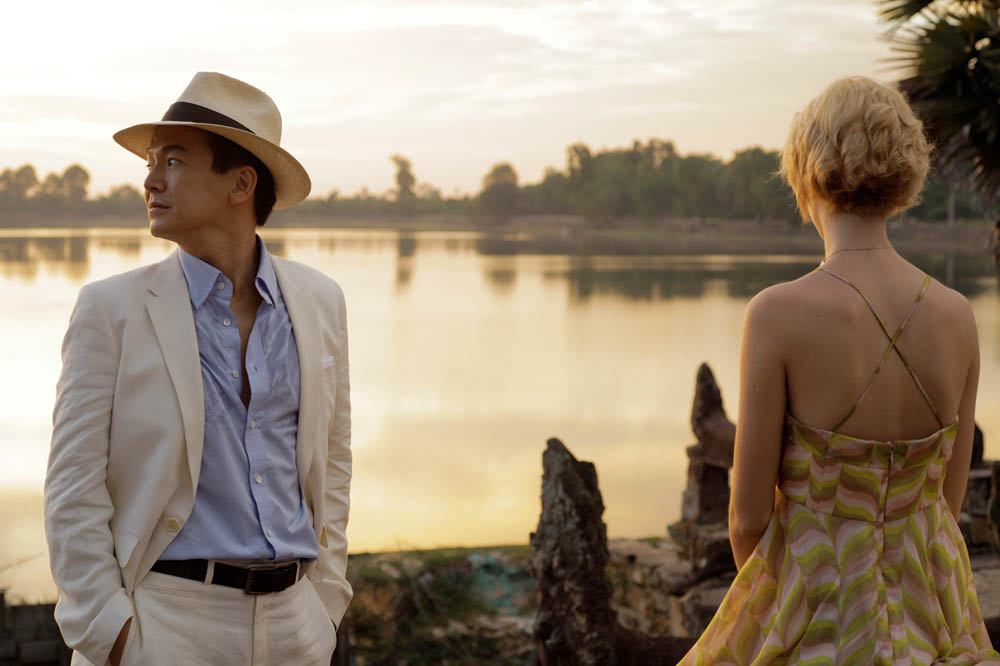 The first thing that struck me was the sounds. The repetitive, droning sounds of nature captured; of common noises that would often have gone unnoticed. This repetitive droning was put to good use as a transition from scene to scene, I feel. The clear, crisp sounds of the mornings in Siem Riep brought out the stillness of the picture, thus the stillness of the moment, of which I think was one of the themes that the directors were exploring.

As the frame fades to black in the split moment of the changing of scenes, the background sounds follows through beyond its frame to introduce the new scene. More often than not, the sound enlisted would tie in with a single element in the new scene. For instance, I was rather impressed with the scene where the second male lead, Amarin (Amarin Cholvibul) got out of bed leaving his fiancée. The camera does not follow where Amarin goes to, but we hear the sounds of shower being turned on, and shortly after, the shot goes to our protagonist, Marie (Eryn Tett) in the shower, after she has made love to Amarin, in another time span.

Given the nonlinear nature of this film, it is important for the directors to have kept a subtle element that connects from frame to frame – frames, that are jumbled bits and pieces of time – from the point of view of Marie. And it was done quite tidily through the use of sounds.

In addition, the film’s background sounds indicate time.The sounds from the nature of Siem Riep depicts the present; whilst the man-made cacophony often characterises Marie’s past. This contrast is perhaps in accordance to the theme of the film, where the present Marie is perpetually submerged in a pensive mood, reminiscing her patchy, happier past. Whereas in the scenes of her past relationship with her writer husband, Harold, (Glen Goei) the background sounds are often man-made because they are confined to the husband’s writing space – the hotel room. The cacophony, when the couple do hang out in the local streets of Siem Riep, accentuates Harold’s impatience for noise as a writer, thus his never-ending search for (inner) peace.

The film ended in a beautifully melancholic way, with the apt background reading of T.S. Elliot’s poem from his series of Four Quartets, which has been deemed as ‘one of the greatest works of mystical poetry ever written’, and ‘one of the greatest poetic compositions of the twentieth century’ by Wikipedia.

I think that the audience should not be too anxious to try to piece these frames together to form a coherent big picture. This film should be read in this erratic non-linear composition and sequence, in order to push the flow of emotions in the audience, in the shoes of Marie. I would perceive the film is to movie like a poem is to a novel, making it really apt, to sum up with Burnt Norton:

“I can only say, there we have been. But I cannot say where.”

And the most symbolic scene in the film, to me, was when Marie took away a piece of the sky, the sky of that faithful day when it happened.

This film is presented by The Arts House, Frame X Frame, and supported by the Singapore Film Commission.