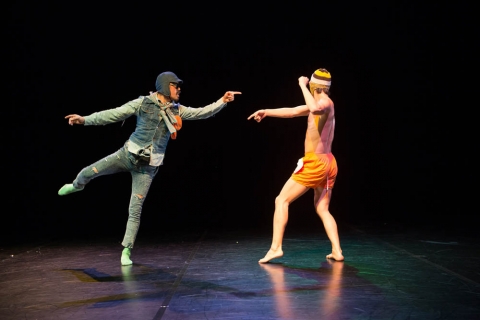 Watching Seasoned Artistry is like drinking a bottle of wine. The older it is, the better it gets.

Aimless – Dimo Kirilov & Tamako Akiyama
The dance was set in a very retro mood. You get taken in easily at the first instance when the two dancers started moving. Akiyama’s small frame contrasted with Kirilov’s muscular build, the pair seemed very unlikely to be matched. Similarly, while Akiyama’s movements were very fluid and expressive, Kirilov’s were light, albeit stronger. However, when they started doing pair work, especially during lifts, they look surprisingly effortless and weightless. As what Kirilov said during the post-show talk, he knew he just wanted to do a piece with Akiyama and this was the result. It was very unexpected whenever they do a difficult lift; the lifts seemed to come out of nowhere but they managed to slip them in without anyone noticing it coming. This is a very chilled and relaxed piece that puts everyone in a good mood, just enjoying the two very-much-in-sync dancers strutting their stuff. And just as it had started unexpectedly, it ended in a similar fashion; lights dimmed on these two very obviously talented dancers. 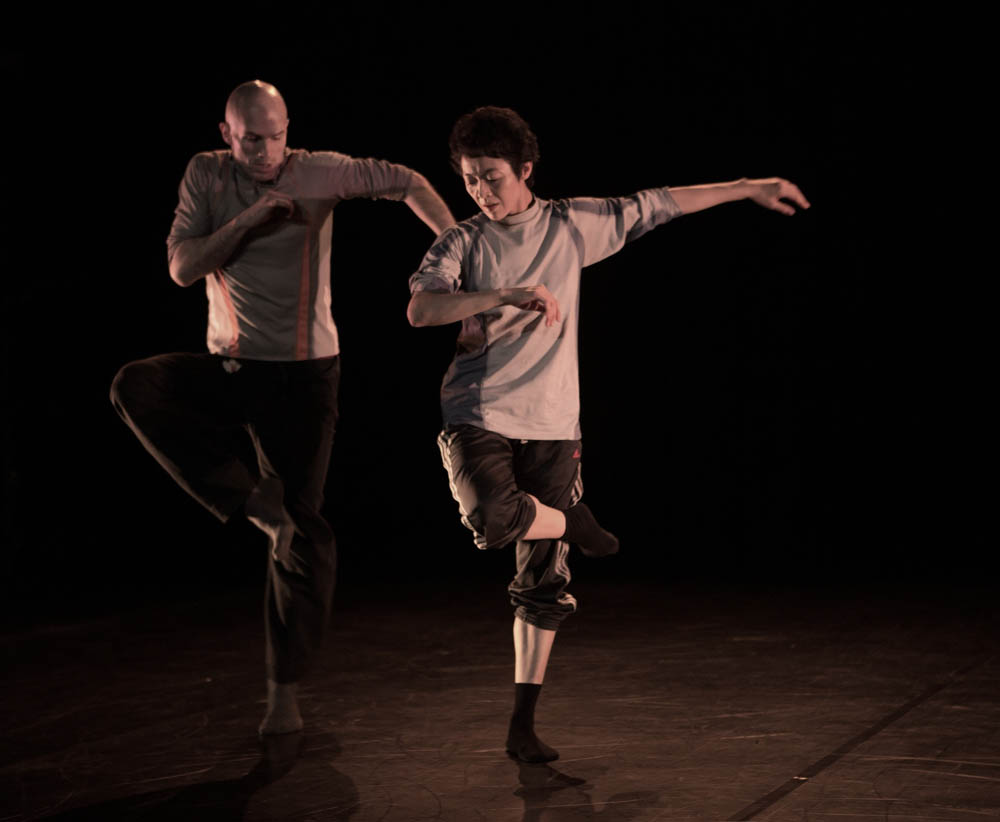 Coexistence – Kim Boram
Obviously the crowd-pleaser of the night, Coexistence wishes to portray the positive and negative sides of a person from a third person’s view, that is the audience. Dressed in denim, punk rock style, with sunglasses to boot, the two dancers moved lyrically toWhen a man loves a woman almost in hip hop style. Their moves were fluid and their stop-actions were fun and very entertaining – judging from the numerous delighted shrieks from the audience. As the dance progressed, Jang KungMin was stripped of his clothes by Kim, and the dance got funnier and more expressive, especially with the funky underwear while he kept his hat and sunglasses on. I really liked that the two dancers dared to bare it all, in their expressions and also physically. This made the piece much more enjoyable and relatable. After being harassed by Kim, it was Jang’s chance to turn the table. He pointed an imaginary gun at Kim, forced him to take off his clothes and stole them. Both of them ended up in the same funny half-naked get-up. This was where they truly showed off their technical skills and grasp of their item. As the dance ended in a crescendo of clothes piling up on Jang, the audience was left gasping for more, cheering on for the two comedians/excellent dancers. 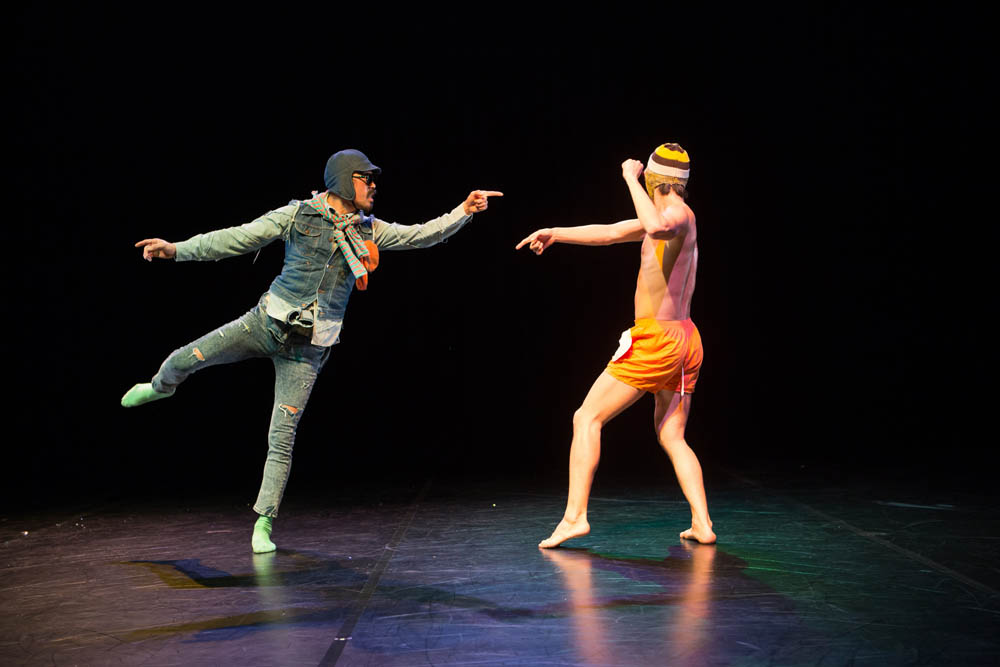 Stigma – Kitt Johnson
Everyone in the audience was startled to see this person with a net covering the face emerged from amongst them, gazing down upon them. After some surprised gasps and murmurings were heard, the audience settled down and stared intently at this weird figure’s every move. Wearing a long, simple black coat, the dancer walked to the stage, with us still wondering about the person: is ita male or female? The play with the black coat was creatively done, making the person sometimes look tall, at other times short. Retracting different parts of the body at different times gave an illusion of many different personalities on stage. As the dancer unrolled from the black coat, we caught a glimpse of the naked body, but we were still unsure of the sex of the person… A blackout was cleverly used as the premise for the next scene, as the black coat was folded onto the back of the dancer who struck an animalistic pose, crawling in a predatory manner. Coupled with lightings, the raw moves of the dancer was a step further in portraying another facet of the creature. The back arching and waving was particularly nice and reminiscent of a snake, a swan or something of that hybrid. The coat was again used in a clever manner by the dancer, as she draped it around her waist like a long skirt or at other times as an animal’s tail. As the piece reached its peak, we could clearly see a female figure and as powder sprinkled from the top dusted her body. It was the final destination for the woman; she has reached her highest point of ecstasy in the final form.

As the night progressed, the aged pieces tasted finer. The post-show talk revealed how each item was conceived and how the performers ended up with what they came up with. The talk surfaced some revelation about how the pieces have touched the audience in many ways. But what was common amongst the three was that each piece had a very clear vision. And while staying true to that vision, the performers still managed to grab the audience’s attention from the very start, and kept them on the edge of their seats all the way throughout. A true night of fine wine tasting…

Seasoned Artistry was presented on 5 & 6 Dec 2013 at the Goodman Arts Centre Black Box, as part of the CONTACT Contemporary Dance Festival 2013.