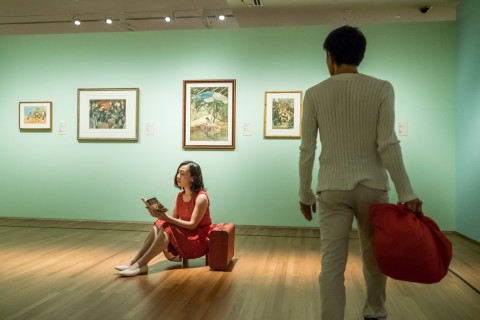 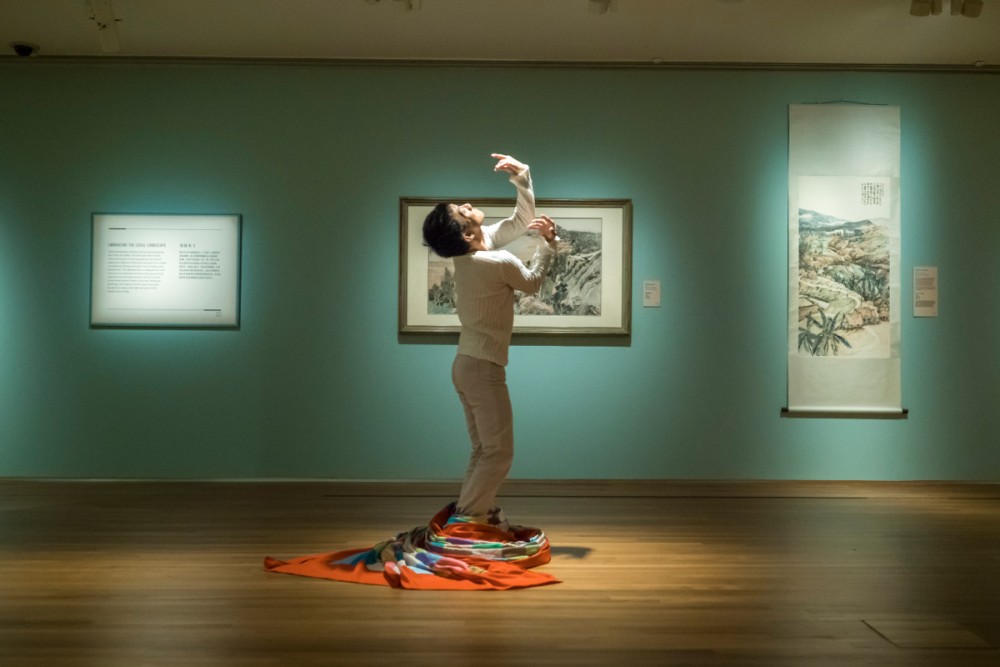 We received insider news that the exquisite patchwork quilt is sewn by Lim Chin Huat himself, and he spent a month on it. 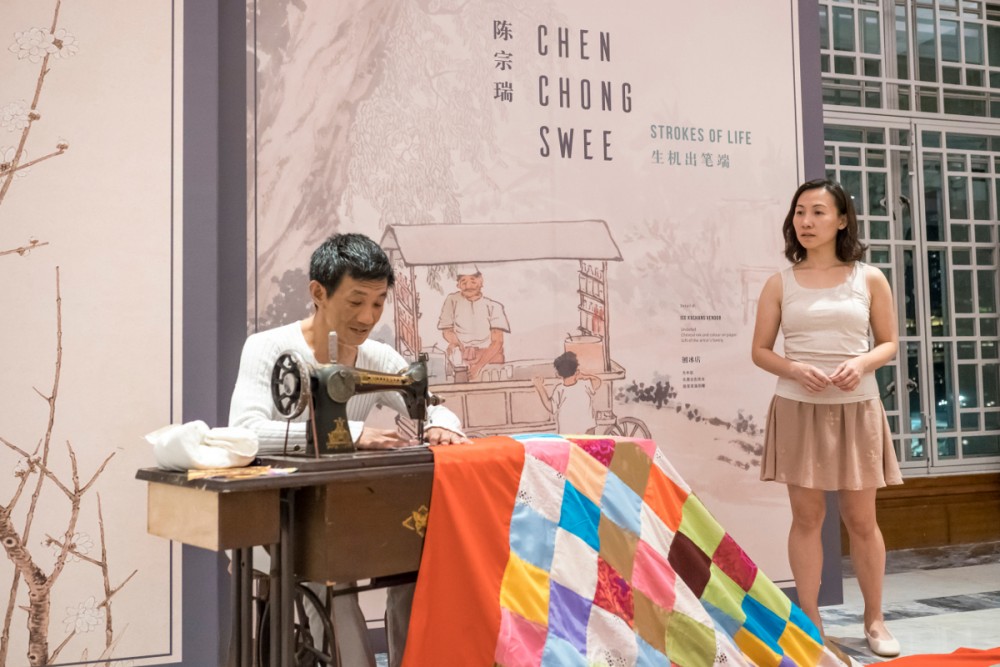 The short performance starts with Chin Huat pedalling on a traditional sewing machine, weaving a blanket, weaving his story. The whirring of the wheel, squeaks at the joints all sound strangely familiar and soothing to me, calls out to me from a time long before, already folded and tucked up somewhere forgotten. There used to be a similar Singer sewing machine in my room, although my mom only uses it occasionally to mend clothes. It belongs to my grandmother. When they did use it, I fall asleep to the droning sound it makes, calming and soothing.

Whilst Chin Huat’s reminiscence begins with the quilt that symbolises his mother’s love as a shield, Melissa Leung ties her reminiscence to a little suitcase, symbolising her selfish departure from home. The flip side of the same coin demonstrates a mother’s magnanimous love from afar despite the daughter’s wilful decisions. 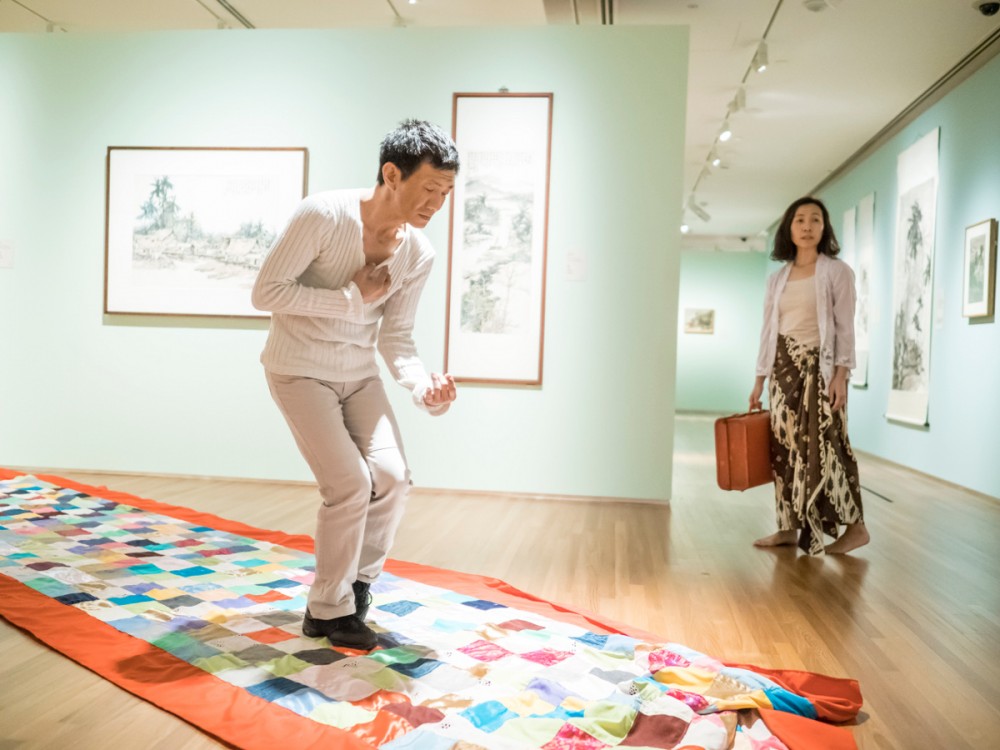 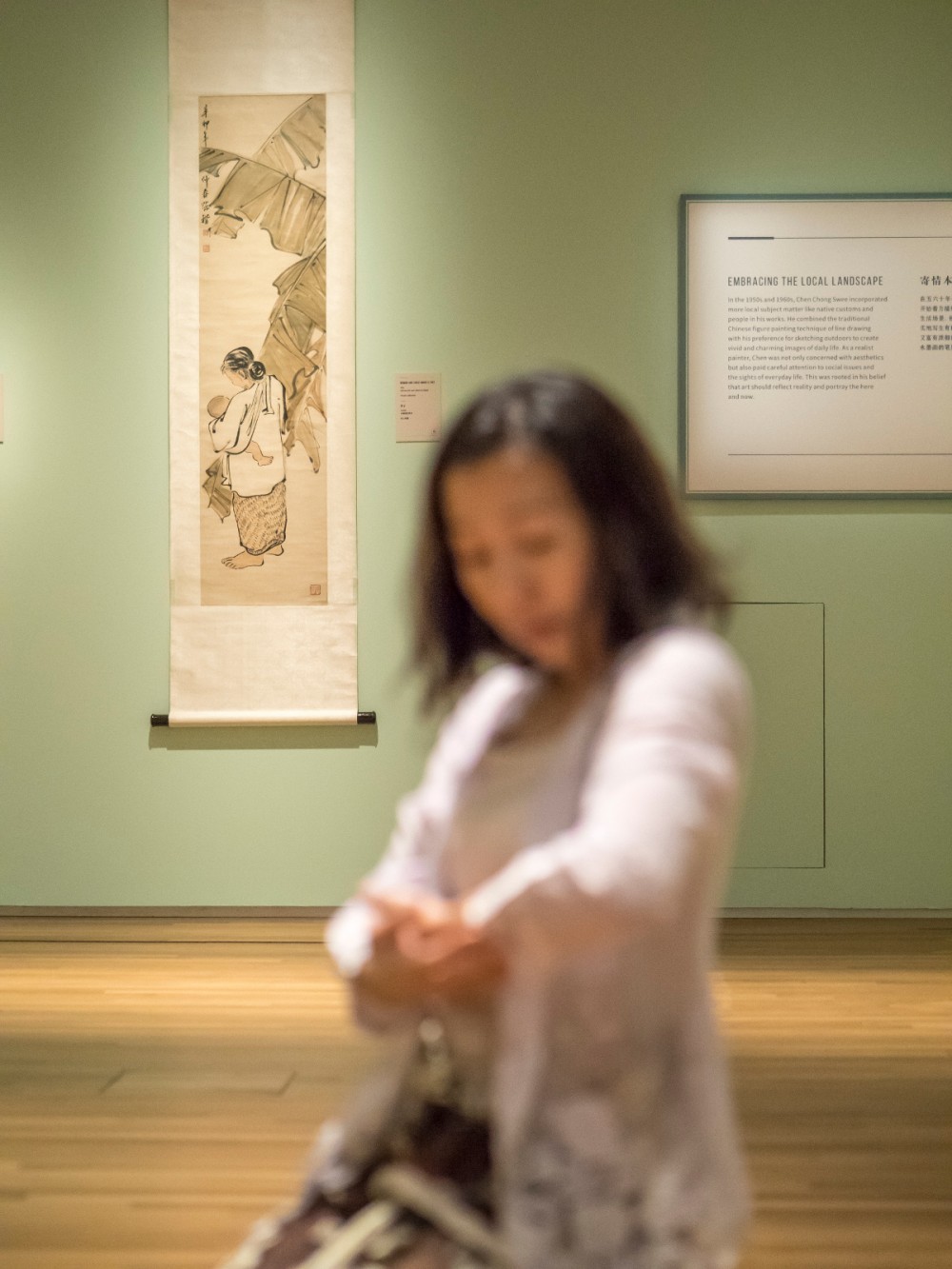 Also, it is a treat to see the acts resonate with a painting here, or a painting there on the walls in the different nooks of the gallery. When Chin Huat finally holds his (real) mother’s hands after many years, my eyes shifted to the paintings in the background where Cheng depicts the livelihoods of many nanyang locals, common tropical fruits found at home, and especially one of Mid-Autumn Festival — that carries the significance of reunion. Melissa embraces the section on Cheng’s traveller’s series of photos and Balinese portraits by depicting her own journey to nanyang. She gives a little tribute to the local/Peranakan/multi-culture with her version of a Javanese-like dance in a sarong but Peranakan top. There’s a particular scene where Melissa, in a red dress, parallels the subject in Cheng’s 1979 painting, titled At The Botanical Gardens/植物园一角. Corresponding to the girl in the painting reading leisurely without a care in the world, Melissa laments that she has never asked what her Mother’s dream was, while she has been busy chasing her own. 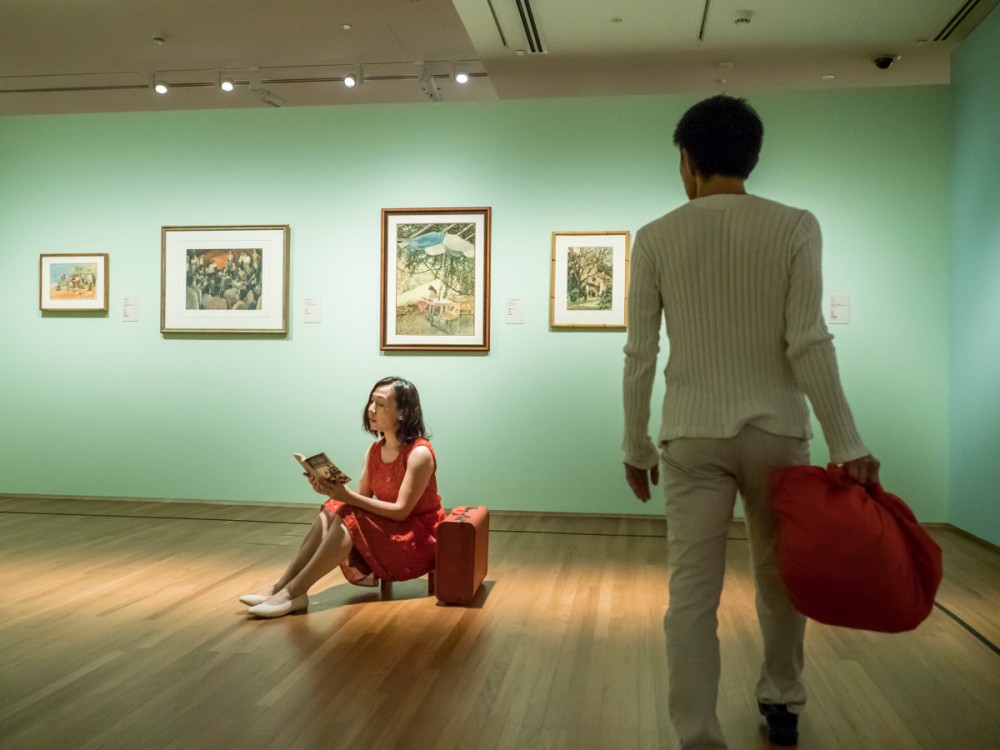 You’ll also find a little girl in red running around the site. She isn’t really performing until the last segment where she runs to her mother (Melissa) to end the reminiscing. But she, running around the roving actors, kind of sets the tone, acting as a go-between, threading up scenes (穿针引线). Her non-performance contrasts the deliberate efforts of Chin Huat and Melissa, grounding the audience in the present, to view their performances as a memoir.

It prevents the play from dwelling too deep into mere memories, from becoming self-indulgent. There exists reminiscence, but also acknowledgement, and values of moving forward and carrying on traditions. 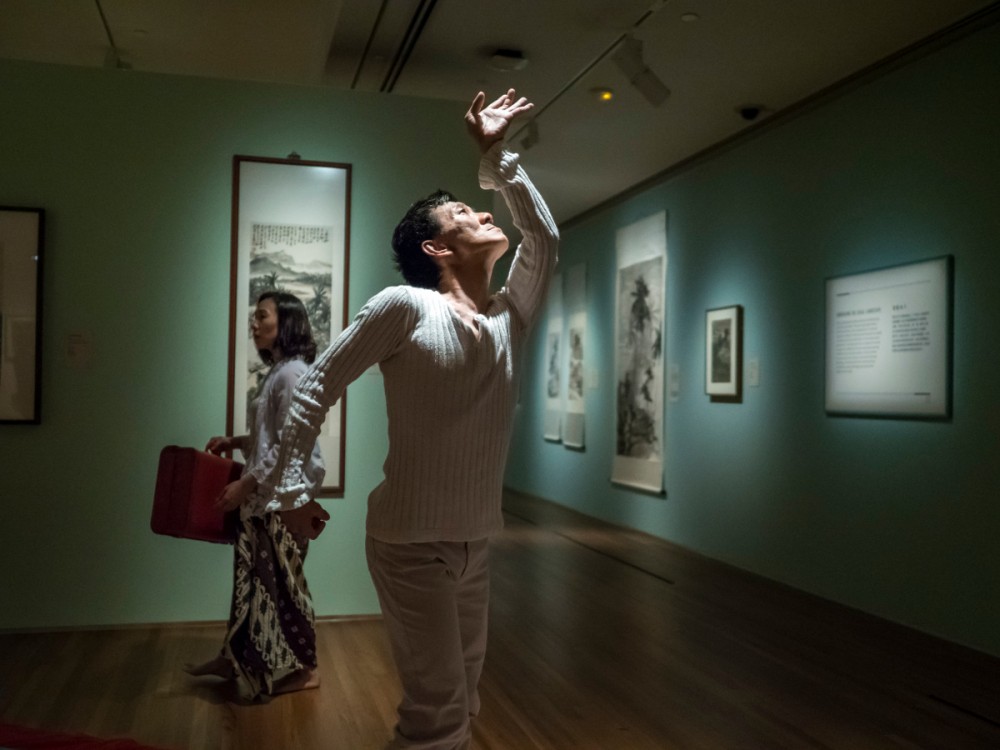