[Review] A Disappearing Number - When More Is Less 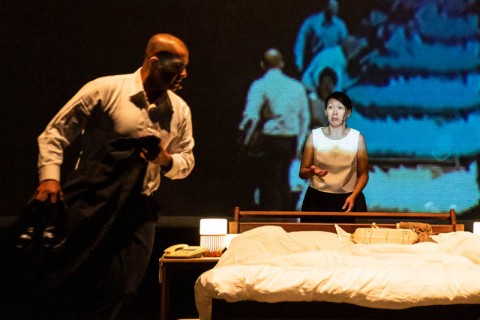 Even before the play starts, the audience are already grappling with the maths of finding their seats, amidst the rows of ascending or descending numbers, which is actually a kind of arithmetic progression. On a normal day, that may be the maximum amount of maths a theatregoer would encounter. But today, one of the protagonists of A Disappearing Number, Ruth Minnen (played by Koh Wan Ching) proceeds to give a lecture on her whiteboard, starting with the most basic of all arithmetic series: 1 + 2 + 3 + 4 + 5 + …

The theatre groans expectedly. Some laugh nervously. The mathematicians grin expectantly. As a maths major, I couldn’t wait to get beyond the maths to see how the maths plays out in the narrative – how would maths pan out in theatre? 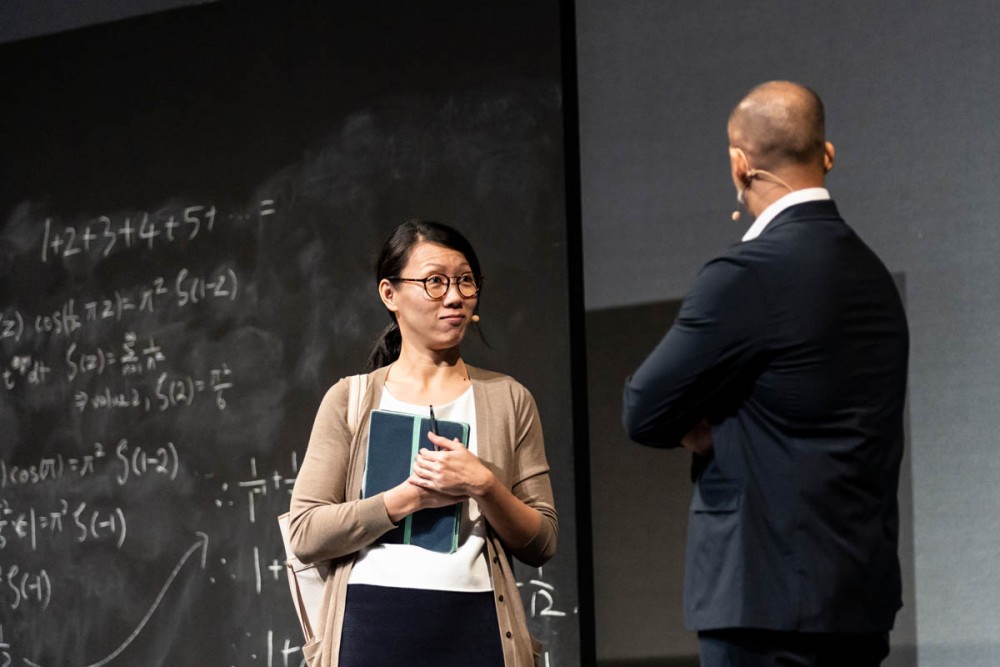 A Disappearing Number is originally conceived and directed by Simon McBurney and devised by the original company of Complicité. Tonight, we are watching the version directed by Edith Podesta, with the cast comprising Koh, Pavan J Singh and Remesh Panicker, along with students from NUS Stage. This is the second production I’ve watched that is directed by Podesta, both coincidentally involving students. (The last one being Kaspar by NAFA students.) The story goes like this in the synopsis: In 1913, a clerk in rural India named Srinivasa Ramanujan sends a letter listing astonishing theorems to famed mathematician G. H. Hardy. In the present, Ruth, a math professor (played by Koh), and Al, a businessman (played by Pavan), fall in love over the concept of infinity.

Essentially, an equation is a relationship between two or more quantities. In A Disappearing Number, the director deals with sets and subsets of relationships, demanding us to juxtapose them side-by-side, or to see the symmetry and patterns between them. 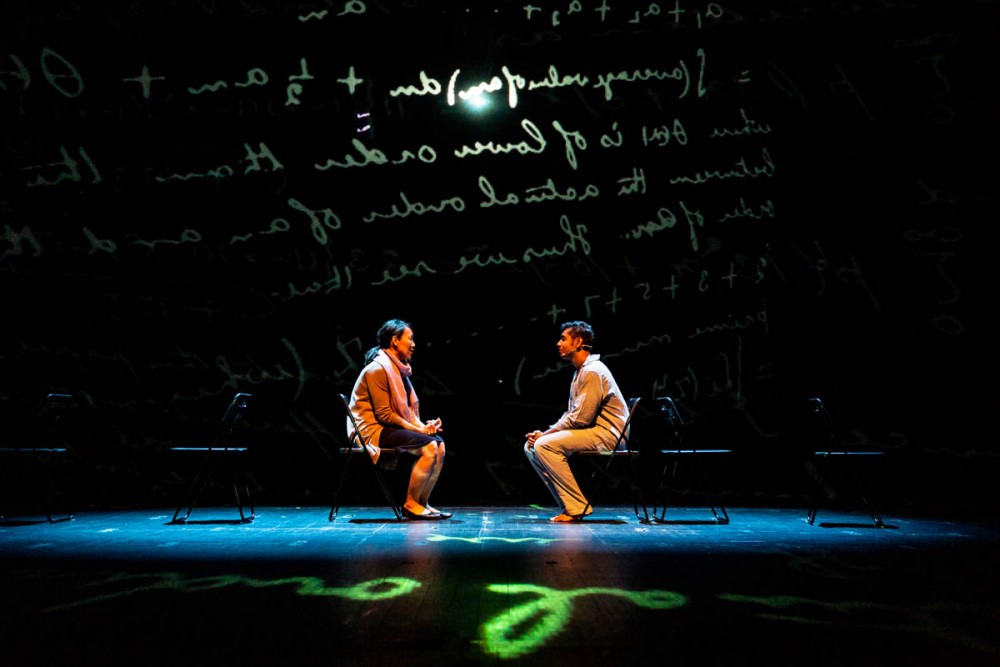 The stage work is poetic to watch most of the time. In a bedroom scene with Ruth and Al deep in discussion, a series of snapshots showing moments of interaction between them, creates an illusion of infinity into a faraway convergent point. The multimedia (helmed by Brian Gothong Tan) seems to forebode the increasing infinite distance between the couple, likened to the infinite number of decimals in between two whole numbers. In fact, throughout the play, the director seems prudent in ensuring the twining of mathematical concepts and the plot. Just before Ruth announces her pregnancy to Al, they recall the lecture where Ruth illustrates how an infinite series can converge to 2; when Ruth insists on travelling to India on a Ramanujan pilgrimage and got into a squabble with Al, we recall a lecture explaining ‘asymptote’ as getting very close to but never arriving at, somewhat like the idea of ‘so near yet so far’. The use of ‘asymptote’ here forebodes Ruth’s not being able to get to Ramanujan, and Al never reaching Ruth. That perhaps explains why for most parts of the story, Al spends it with the ghost of Ruth, and Ruth with the ghost of Ramanujan. 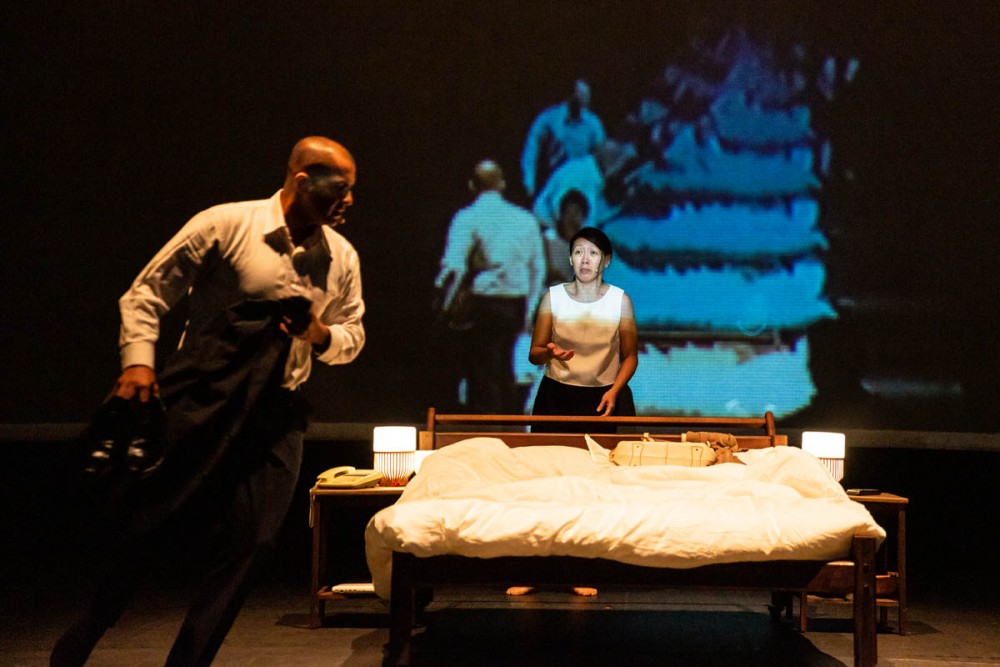 Essentially, the play explores the emotions and relationships between two parties, but it does not come across clearly or strongly. For instance, the rare friendship forged between Ramanujan and Hardy is often obscured, like the many screens that hides Ramanujan in the background as his story is told. The feigned accented excitement in the voice of the actor playing Hardy only accentuates his selfishness to possess Ramanujan, rather than portray warmth and care for his friend. The story and staging tells less of how they became buddies, but more of the theorems that Hardy could extract from Ramanujan. I also could not feel emotionally invested for Ruth and Al’s failed relationship. It seems that the issues they grapple with as a couple are loudly announced and quickly glossed over. Al’s love for Ruth and Ruth’s infatuation for Ramanujan do not go beyond the superficial attraction to the mystery of the infinity concept. We see the maths in their daily interactions, but we don’t see the life stemming from maths.

Nevertheless, it has been an enjoyable evening for me, to see something familiar again, to be reacquainted with maths, and see it play a part in the stories people want to tell. Tan’s multimedia might have been distracting for some, but I think it plays out beautifully, visualising the abstract maths on stage in objects, images and mechanical movements. I also became a fan of Podesta’s work after seeing her treatment of text in Kaspar. Although this rendition of A Disappearing Number adheres closely to the original staging, I enjoy the director’s vision of the equations and nested repetitions. 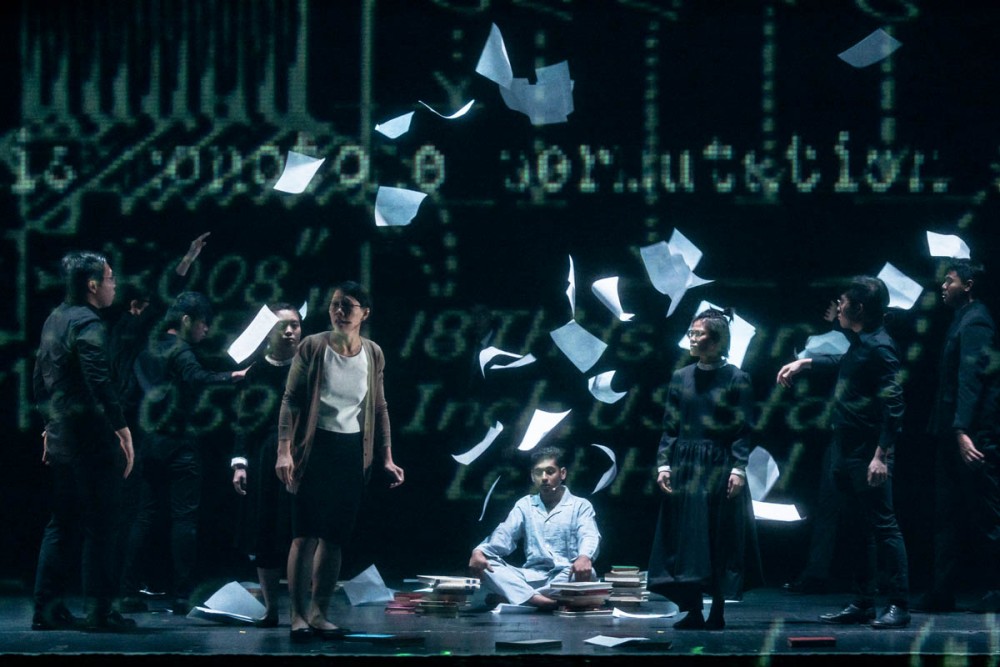