Kali Yuga is the latest installment of ETHNI-CITY, and it's slated to be held this October. It's name is inspired by Sanskrit scripture and the Mahabharata.

Our multidisciplinary work is designed with the hope of raising awareness to the pervasive powers that corrupt, control, and detach human beings from one another and Mother Nature. To counter that, we believe that by channeling energy to people, and by using technology in our art-making, that people will be able to rediscover their autonomy, the first of a butterfly effect that would ultimately allow Man, Nature and Technology to coexist with one another.

About SAtheCollective
We are SAtheCollective, a non-profit, interdisciplinary and multicultural performing arts company. A highly collaborative organisation, our approach is to seek out like-minded artists to redefine the boundaries of creativity through interdisciplinary and trans-cultural practices. We hope to imbue the lives of people with a refreshing sense of aesthetic through our community of practice.

While the company is based in Singapore, we work internationally with collaborators and festivals all over the world. We are formed of the following sub-units: SA, an experimental music trio defined by a mix of ethnic instruments and electronics; Little Creatures, a performing arts driven initiative to immerse children 8 years and below in a space where they can explore and play with sounds. We also regularly host our own brand of get-togethers with our communities. Based in our studio Third Space, we host SA Studio Sessions, where we invite other artists over for a creative exchange of ideas; and Open Jam Sessions, where we extend the invitation to the public, giving audiences the opportunity to interact up close with our artists. Apart from music making, we are also known for curating our own brand of performance series', with our most notable project being ETHNI-CITY, an ode to Singapore's multicultural milieu.

SAtheCollective Ltd is a recipient of the National Arts Council's Seed Grant for the period from 1 April 2016 to 31 March 2019. 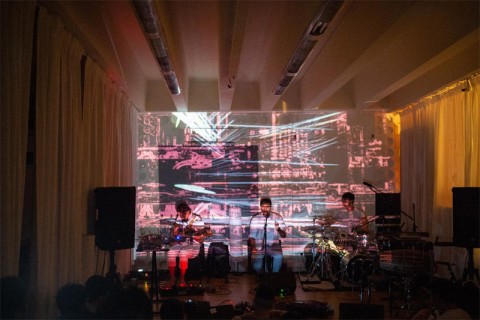