Accidental Death of an Anarchist (Emery)

A man has fallen to his death from a police headquarters window. Did he fall accidentally, or was there foul play? The police try to cover it up, but a certified maniac with a flair for impersonation is tasked to conduct the interrogation. Who should take the blame? Time is running out, the public wants answers.

Written by Nobel Prize-winning Italian playwright Dario Fo in 1970 and translated by Ed Emery, Accidental Death of an Anarchist is a political play based on a real-life incident and raises broader questions about the misuse of authority and power by clothing it in comedy.

Following the sold-out performance-cum-workshop RevoLOOtion in May, and a series of original solo works in September, the 2021 graduating cohort tackles the classics in their final production under the direction of award-winning veteran director Aarne Neeme. 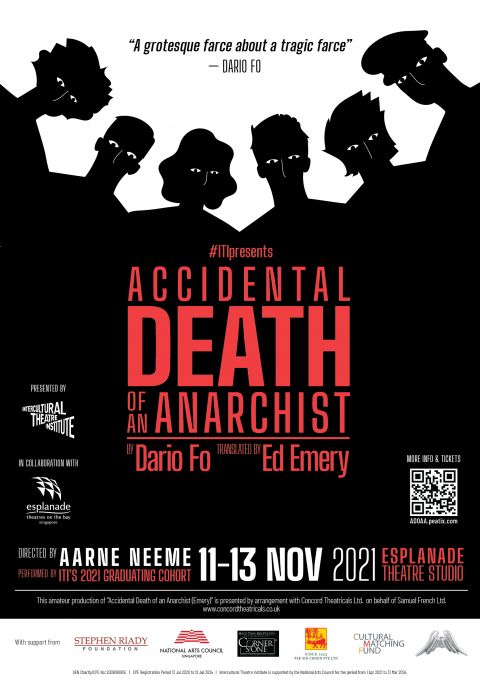