Cuturi gallery is proud to present a duo exhibition, Quantum Supremacy, by painter, Delphine Rama (b. 1988, Belgian) and internationally renowned mural artist, Didier JABA Mathieu (b. 1974, Colombian). The exhibition comprises 15 artworks that provoke the viewer to question this piece of technology that plays a vital role in the construction of the social perception. The works are conceived in a spatio-temporal language that narrate and give form to what differentiates man from computers.

Artists, Rama who is thoroughly influenced by neoplasticism and constructivism and JABA, driven by new visions of the future and the study of ancient civilisations, come together to form works that converse with one another and are connected by their shared use of intertwining geometric and abstract forms. Quantum Supremacy acts as an indisputable mirror, reflecting our 21st century society.

"Quantum Supremacy is the goal of demonstrating that a programmable Quantum devise can solve a problem that no classical computer can solve in any feasible amount of time". Quantum Supremacy, a tool used in aiding man in achieving greatness, is contested for its political and economic gain. Although still at their early stages, one cannot ignore the dangers that such power of computing might have on society along with its irreversible consequences.

Rama and JABA encourage the viewer to question the ethics behind data collection and the way this data is being utilised. The couple also touch on the censorship of this new revolution whereby anything challenging the social order and conventional systems, built upon the manipulation of society's data, is depicted as delusional conspiracy. The burning of books, the censorship of the "dark times", has been replaced by the erasure of digital information that challenges these specially constructed realities.

At the moment very few "known" Quantum Computers are available to the public. Among the few are IBM, Rigetti, IonQ and Google's "Sycamore" the Quantum Computer that claimed to being the first of its kind to reach the benchmark called "Quantum Supremacy" in 2019.

Through their paintings, Rama and JABA reflect on the role that these symbols and instruments of quantum supremacy play in the social structure, in particular, the power that we attribute to them. By interpreting, abandoning, and recontextualizing them these tools represent new systems of order and coding, finally offering an alternative of escape.

Delphine Rama was born in Liege, Belgium in 1988. After studying architecture, she obtained a Fine Arts degree from the prestigious Académie Royale des Beaux Arts in Brussels. Her works have been exhibited internationally, and she was part of the Biennale in Mobilart. She had her first solo exhibition with Cuturi Gallery in 2020.

Born in 1974 in Armenia, Colombia, Didier "JABA" Mathieu obtained his Master in Fine Arts from Lasalle College of the Arts, Singapore, in 2018. Didier JABA Mathieu or widely known by his moniker – "JABA" painted murals around the world for more than 25 years. He has exhibited in art galleries around Europe and South America before relocating to Singapore to join Industrial Light & Magic (ILM), a division of Lucasfilm Ltd where he worked as a concept artist and digi-matte painter on feature films such as Transformers, Iron Man and Star Trek. He continues to practise on multidisciplinary levels and participates in countless graffiti performances all over Europe, South America, Africa, and Asia. 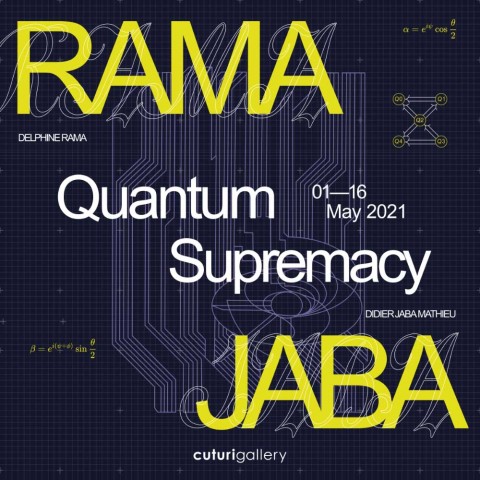