I Know Something That You Don't Know

Organised by: Esplanade - Theatres on the Bay
Performed by: Papermoon Puppet Theatre

I Know Something That You Don't Know is a puppet theatre performance unlike anything you have ever seen. The show is a non-verbal binaural mask-and-puppet performance that will be presented to one person in private.

Turn off the light, sit by yourself, put your headphones on and watch it on your own. This is a story about an old man who is surrounded by his children, who are all in mourning after the loss of a beloved one.

Catch a glimpse behind-the-scenes of this enchanting work in a free, live backstage tour hosted by the artists. Papermoon Puppet Theatre will shed light on the context of the work, as well as the processes of creating and filming the performance for a digital medium.

About the artist
Papermoon Puppet Theatre was founded in Apr-2006 in Yogyakarta, Indonesia by Co-Artistic Director Maria Tri Sulistyani (Ria). She has since nurtured, developed and expanded the company in tandem with Co-Artistic Director Iwan Effendi, a visual artist and the theatre's puppet designer. Among other close collaborators, the company works with a collective of puppeteers, which includes Anton Fajri, Pambo Priyojati and Beni Sanjaya.

To date, Papermoon Puppet Theatre has created over 30 puppet performances and visual art installations and exhibitions, which have toured to more than 10 countries. In 2008, the company launched Pesta Boneka, an international puppet biennale that welcomes puppeteers from around the world to their home city, where they can share their work within a community setting. 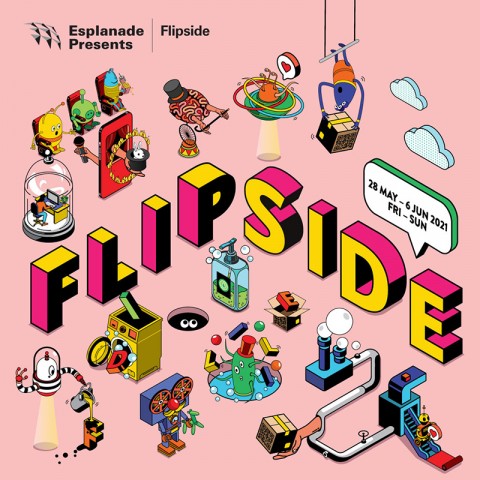