When you're stuck in a dream that seems larger than life, blurring the boundaries between imagination and your existence, what do you do?

Toy Factory's ambitious redevelopment of Tang Xianzu's 16th century epic culminates in A Dream Under The Southern Bough: Existence at the Singapore International Festival of Arts 2021. Marrying a classic play written in the Ming Dynasty with contemporary sensibilities, Existence is certain to be an extravaganza epic.

As we reminisce the wonders and fantasies in The Beginning, as well as the bountiful blessings and beauty in Reverie, we invite you to dream with us in the finale play of the trilogy, Existence, in all its bold and ambitious glory.

In an extravagant dream spanning twenty years, Chun Yu Fen finds the perfect life he has yearned for bestowed upon him. He excels in governing the Southern Bough and lives blissfully with his spouse, the Kingdom's princess, and their children.

His perfect life is short-lived when a series of unfortunate and tragic events threatens to destroy Chun's perfect life – a love rival, a violent invasion from another kingdom, failure to defend his troops in the crossfire, and the death of his beloved spouse.

Disillusioned and heart-broken, Chun devotes his time to work, swiftly rising through the ranks. He indulges in alcohol and merry-making as his status grows but neglects his official duties, much to the chagrin of the King, who banishes Chun from the Ant Kingdom.

On his journey home, Chun retraces the paths he crossed decades ago and abruptly awakens from his twenty-year dream, realising that time has barely passed and that reality mirrors his dream – human calamities continue to ensue. Despite the passage of a mere few minutes, Chun experiences an entire lifetime in his slumber, traversing the blurred lines between dream and reality... 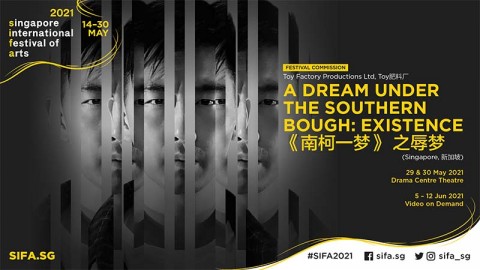