WAN BELANTARA: Enjet-Enjet Semut (KING OF THE JUNGLE: As the Ants Go Marching In)

There is a new king of the jungle! While the previous lion kings ascended the throne via their royal lineage, the animals of the jungle have broken with centuries of tradition, and democratically elected a new king of a more peaceful nature.

WAN BELANTARA: Enjet-Enjet Semut (KING OF THE JUNGLE: As the Ants Go Marching In) tells a story of an army of ants embarking on a journey to send gifts and tributes to their new king. The ants believe that it was their large numbers that contributed to this landmark election of a new king, and that they were the ones who brought change to the administration of the jungle. Now, with a different type of animal elected as the king, it is a time for a celebration.

Directed by Saiful Amri and written by Anwar Hadi Ramli, WAN BELANTARA: Enjet-Enjet Semut draws inspiration from Farid ud-Din Attar's poem Conference of the Birds and weaves between fables and well-known stories from the Malay Annals, such as that of Hang Tuah and Hang Jebat. WAN BELANTARA: Enjet-Enjet Semut examines what would make the people be loyal to, or betray a leader, and what injustices may drive people to mengamuk (run amok). 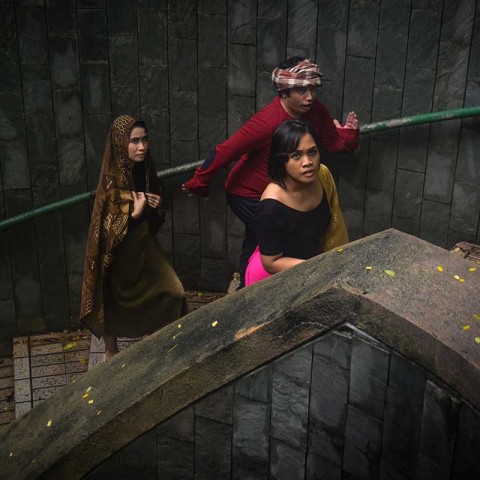