Into Air by Dawn Ng

Sullivan+Strumpf is delighted to present Into Air by Singapore artist Dawn Ng, which will take place at 2 Cavan Road in conjunction with Singapore Art Week 2021.

Into Air is a body of work that primarily deals with time. Primarily, because it also deals with death. Time only possesses great beauty and worth in the absence of eternity — that is why much of Dawn Ng's practice deals with "holding on" to certain moments. Created over a span of three years, Into Air continues Ng's preoccupation with time and her attempts to capture and convey its emotional tenor and elasticity, as opposed to the cold and factual progression of numerals commonly used to tell and record time. As described by the artist, time speeds up when we have fun; slows down while we wait; and stands still when we fall in love. In three distinct bodies of work, Ng explores how time can be documented and manipulated.

Into Air is a 'cycle', charting the lifespan of a block of frozen pigments as it is exposed to the elements, melts, and then returns to air. The works are all traces and residues of each block's existence and record the movement of its states from solid to liquid, and eventually to air: from weight to lightness, monumentality to nothingness. 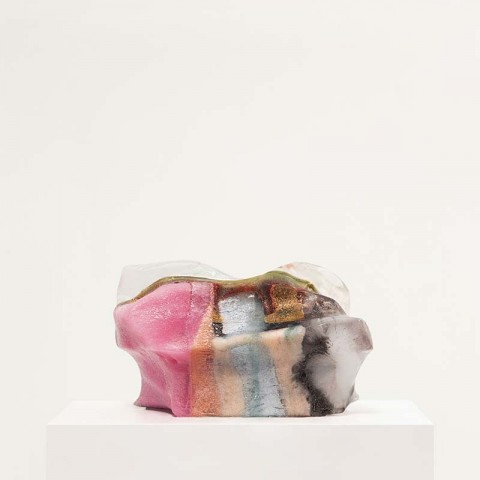