Organised by: Esplanade - Theatres on the Bay
Performed by: The Opera People featuring Alexander Oon & Orchestra of the Music Makers (Singapore)

Hear Benjamin Britten's chamber vocal masterpiece Serenade for Tenor, Horn and Strings, live in the Esplanade Concert Hall. It will be performed by some of Singapore's finest young musicians, including tenor Jonathan Charles Tay of The Opera People, horn player Alexander Oon and conductor Seow Yibin, together with members of the Orchestra of the Music Makers.

This song cycle is a conversation between voice and horn and was written at the height of the Second World War. Its eight movements draw on the poetry of William Blake, John Keats and Alfred Tennyson, among others, exploring both the serene and sinister aspects of night.

The programme will begin with Edward Elgar's Introduction and Allegro for Strings, Op. 47, a symphonic poem for string orchestra that also features a solo string quartet. 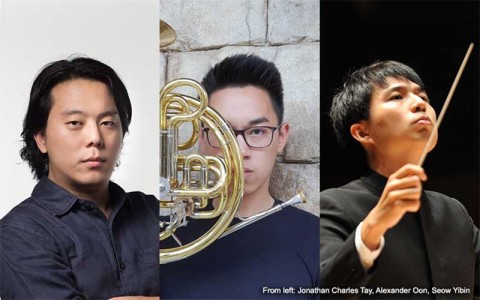