Organised by: Esplanade – Theatres on the Bay
Performed by: Adriana Chiew and Gabriel Hoe

This lunchtime show presented by duodentity is titled Reminiscence, where they remember and celebrate the soundtracks they grew up with and have fond memories of. duodentity invites you to a mini afternoon escapade of soundtracks, ranging from movies, to musical theatre and animation.


About duodentity
"Two Musicians sharing One Identity, continuously evolving with the community." duodentity is a piano duo based in Singapore, comprising Malaysian Adriana Chiew and Singaporean Gabriel Hoe. duodentity was formed in Yong Siew Toh Conservatory, music faculty of National University of Singapore in 2018. The both of them graduated with a Bachelor of Music (Honours) in Piano Performance with Highest Distinction.

duodentity made its debut at the Victoria Concert Hall on 24 March 2018. In November that same year, they won 3rd place at the 6th North West International Piano Ensemble Competition held in Vancouver. In addition to performing, duodentity is known for playing orchestral reductions and arranging music for four hands. They aim to place themselves on the global music map, extending the reach of awareness of the Singaporean music community at large to their music counterparts from other countries. 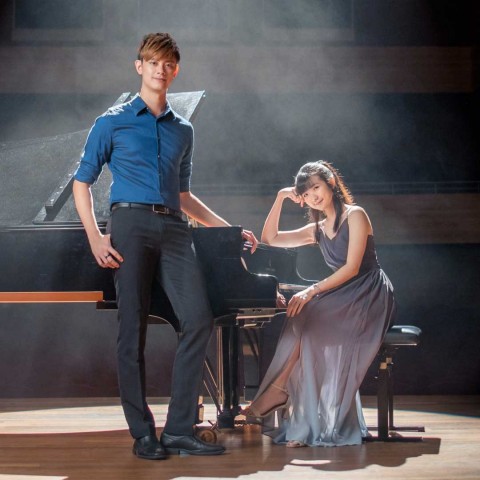