baca skrip: #_____ is a monthly series of online Malay play readings happening from May to August 2020. Putting the spotlight on the written text, the platform revisits seminal works by Singapore Malay playwrights. This series hopes to create the space to consider the resonance of the text today, appreciating the textures in the use of the Malay language while peeping into the history of contemporary Malay playwriting.

From re-discovering the familiar and being surprised by the new, we invite you to re-acquaint yourselves with the characters' confrontations with reality -- which is, in more than one way, our own.

Noor Effendy Ibrahim is a Singapore-based interdisciplinary arts practitioner whose practice interrogates and analyses complexities of race, gender, sexual identity, and politics contextualized within domestic spaces, particularly that of the Malay-Muslim.⁣⁣
⁣⁣
When his play, Anak Melayu, first came out in 1992, it was received with intense reservation and caution from the Malay community. The play presented an unrelenting, uncomfortable, and unforgiving portrayal of the psyches of 6 Malay youths and their relationships with family, religion, and love. Almost 30 years on, these characters are still disconcertingly familiar in the community. Anak Melayu entangles us in the messy web that every character weaves as they navigate their realities with themselves and with each other.⁣⁣ 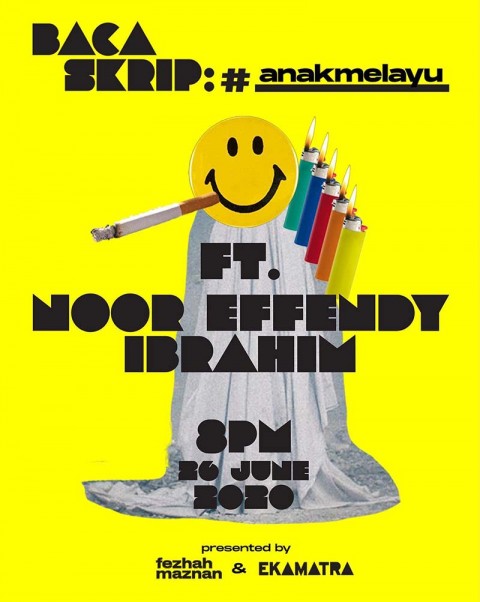