Nucleus of the Great Union (2017)
The Otolith Group (United Kingdom)

The British Empire spanned from Asia to Australia to Africa to America to the Caribbean. The various colonial territories gained their sovereignty and independence at different times, in processes of decolonization that played out in the histories of nations, but also determined the lives of individuals. Non-Aligned brings together three moving-image works by artists, filmmakers, and writers that inquire into the challenging transition periods from colonial rule to the independence of nations.

The presented works apply archival material in different ways. The focus spans from the work and personal histories of intellectuals who experienced these unprecedented circumstances first-hand, including Jamaican-born British theorist Stuart Hall (1932-2014) and African American novelist Richard Wright (1908-1960), to the history of political organization around the Non-Aligned Movement. This process of examining the interconnected stories of place, identity, and the conscious assertion of difference from established Western narratives, is also embedded in the personal histories of the artists.

The Non-Aligned Movement was formally established in 1961 on principles such as world peace and cooperation, human rights, anti-racism, respect, disarmament, non-aggression, and justice. At the height of the Cold War, a large group of African, Asian, and Latin American countries navigating post-colonial constellations attempted a diversion from the two major powers—the United States and the Soviet Union—forming what is to date the largest grouping of states worldwide, after the United Nations. The non-aligned nations, which Singapore joined in 1970, wished to secure independence and territorial sovereignty, and fight against imperialism, domination, and foreign interference.

This history is at the core of Two Meetings and a Funeral (2017), a feature-length three-channel video installation by Naeem Mohaiemen. It explores Bangladesh's historical pivot from the socialist perspective of the 1973 Non-Aligned Movement meeting in Algeria to the emergence of a petrodollar-funded Islamic perspective at the 1974 Organisation of Islamic Countries meeting in Lahore. Recounted by Algerian publisher Samia Zennadi, Bangladeshi politician Zonayed Saki, and Indian historian Vijay Prashad, Mohaiemen's film considers the erosion of the idea of "Third World" as a political space that was to open the potential for decoloniality and socialism, while articulating the internal contradictions behind its unfortunate failure.

In the video essay Nucleus of the Great Union (2017), The Otolith Group traces Richard Wright on his first trip to Africa in 1953. Travelling the Gold Coast for 10 weeks, he witnessed political campaigns for independence in West Africa, yet feeling alienation at his first encounter with the continent. For this film, The Otolith Group reconciled excerpts from Wright's book Black Power: A Record of Reactions in a Land of Pathos (1954) with a selection of the over 1,500 previously unpublished photographs the writer took on his journey. Wright's initially intended book including both text and photos was inadequately published without images. Through this work, The Otolith Group finally honors Wright's initial aim of seeing image and text as one single narration.

The Unfinished Conversation (2012) is an in-depth inquiry by filmmaker John Akomfrah into the personal archive of audio interviews and television recordings of the influential theorist and educator Stuart Hall. The multi-screen film installation unfolds as a layered journey through the paradigm-changing work of the late intellectual, regarded as a key founder of cultural studies, who triangulated gender, race, and class. Hall was particularly invested in black identity linked to the history of colonialism and slavery.

Amplifying and celebrating defining voices and intertwining personal lives with political movements, the featured works in Non-Aligned examine not only the new possibilities for progressive social and independence movements but also the inherent struggles that define the post-WWII period. 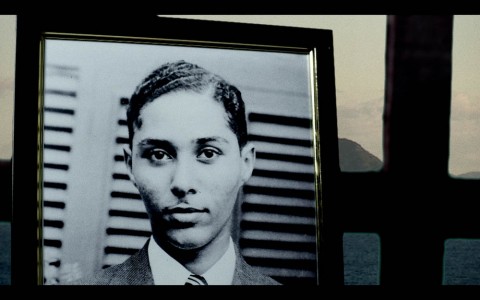