Organised by: Esplanade – Theatres on the Bay

Known across the world for her powerful voice and perfect pitch, Lea Salonga is a singer and actress who is best known for her Tony Award-winning role in Miss Saigon. In addition to the Tony, she has won the Olivier, Drama Desk, Outer Critics Circle and Theatre World Awards, in the field of musical theatre. She was also the first Asian to play Eponine in the musical Les Misérables on Broadway and returned to the beloved show as Fantine in the 2006 revival. Many fans of all ages recognise Lea as the singing voice of Princess Jasmine from Aladdin and Fa Mulan for Mulan and Mulan II. For her portrayal of the beloved princesses, the Walt Disney Company bestowed her with the honour of Disney Legend in August 2011.

Lea most recently starred in the Broadway revival of Once on This Island as the Goddess of Love, Erzulie, and also serves as a judge on The Philippines hit version of The Voice. In 2017, Lea released two albums—Bahaghari, an album of traditional Filipino songs which serves as a reflection of all the intricate and different languages found in the Philippines to help preserve the island nation's dynamic culture, and Blurred Lines, her electrifying live album which was recorded during her sold-out run at Feinstein's/54 Below the year before.

For this concert, Lea will be performing songs from Broadway musicals to film music, and a few notable Disney favourites with a full band and an 11-piece string ensemble. 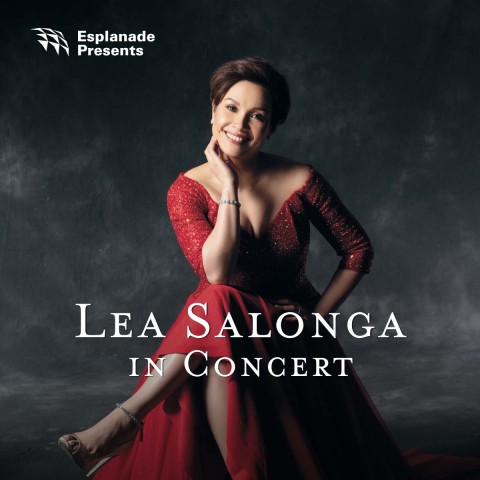