New York, New York – Aug. 26, 2019 – Voss Events announced today that the company has added new dates to the WERQ THE WORLD TOUR. The queens of RuPaul's Drag Race will continue their mission to save the galaxy by performing in top cities across Asia including Taipei - Taiwan, Hong Kong, Singapore, Manila - Philippines, Tokyo - Japan and Seoul - South Korea.

Tickets for the Singapore stop will be available for pre-sale on August 28, 2019, 10am onwards at all APACTix channels (www.apactix.com) or at VossEvents.com. General ticket sales will com-mence on August 30, 2019. This show is rated R18.

Produced by Voss Events, Drag Race producers World of Wonder and VH1, the all-new production follows a team of intergalactic queens including Aquaria, Kim Chi, Naomi Smalls, Violet Chachki and RuPaul's Drag Race Season 11 stars Plastique Tiara, Vanessa Vanjie Mateo and current reign-ing Yvie Oddly on their journey to the sun. Mission leader Michelle Visage will guide the audience through the universe for a dynamic display of the wonders held by each planet and its regal sovereign.

The Asian leg of WERQ THE WORLD will follow the highly anticipated North American tour where queens will flip their wigs for audiences in top cities across the United States and Canada. 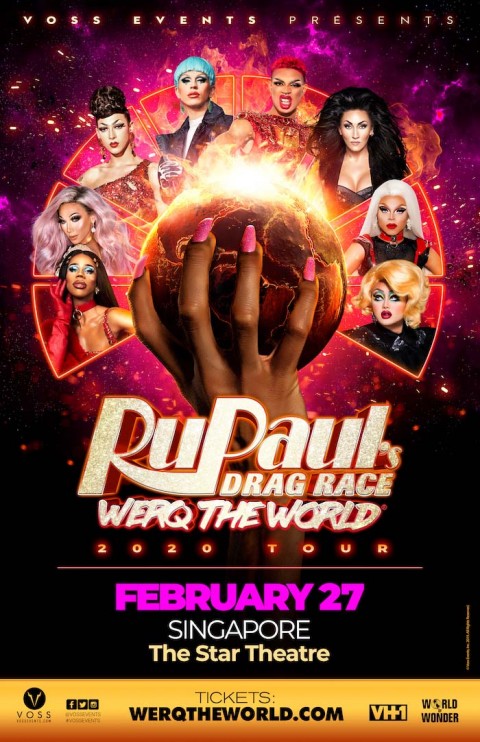