Organised by: Esplanade – Theatres on the Bay
Performed by: Tony Yike Yang

"...an absolute revelation...he combines the characteristics of a true virtuoso and an artist."
- Chopin Chronicle

Regarded as one of the foremost pianists of the younger generation, 21-year-old piano whiz Tony Yike Yang makes his Southeast Asian debut at Esplanade! He will perform Stravinsky-Agosti's Firebird Suite and Chopin's Sonata No. 3, amongst a specially curated programme that features pieces by Beethoven, Schumann and more.

A gifted pianist who is able to balance technique and musicality in his playing, Yang has performed extensively in Canada, USA, Europe and Asia, including Festival de Lanaudière. He has also made appearances with the Cleveland Orchestra, Warsaw Philharmonic and Orchestre Métropolitain. In recognition for his exceptional talent and contribution to classical music, Yang was also most recently appointed as the youth cultural ambassador to Guangzhou, China.

A graduate from Juilliard Pre-College School, Yang is currently pursuing a dual-degree in Economics and Piano Performance through the Harvard University-New England Conservatory of Music Joint-Degree Programme. 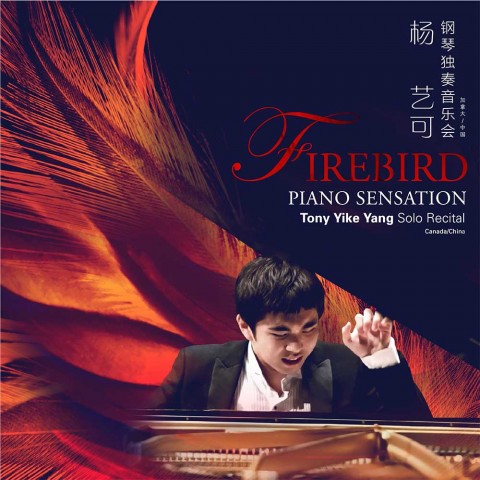