Organised by: Esplanade - Theatres on the Bay
Performed by: The Migrant Ecologies Project

Railtrack Songmaps Roosting Post 2 is the latest iteration of an ongoing, collaborative media, sound and visual engagement with a contested "nature-culture" zone along the former Malaysian railway tracks at Tanglin Halt. The Migrant Ecologies Project forges a pathway through this troubled nexus of urban life, exploring existing relations between humans and birds along the tracks. Their research, compiled over years of listening to birds and developing conversations with various humans, reveals a rich seam of interspecies communications, projections, memories and song.

Railtrack Songmaps Roosting Post 2 presents a series of new reverberations sourced from this research. It aims to raise the audibility and visibility of the project and the polyphony of human and non-human voices therein. A public discussion held in conjunction with the exhibition aims to broaden the conversation and draw in equivalent case studies from Singapore and the region, deepening considerations about methods of artistic and ecological engagement, with key emphasis on the ecologies of salvage and storytelling. 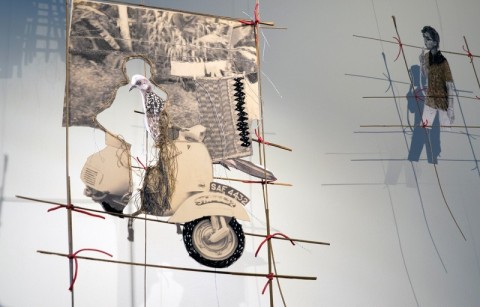