Organised by: Esplanade - Theatres on the Bay
Performed by: SALES

A collaboration between longtime friends Lauren Morgan and Jordan Shih, SALES were named "Ones to Watch" by Hype Machine when they released their debut EP featuring the single Chinese New Year. The duo's music is described as minimal, yet meticulously crafted, emotive and incisive. With over 7 million streams on Spotify and sold-out concerts in major cities across the US and Europe, SALES brings their distinct sound to Singapore for the first time. 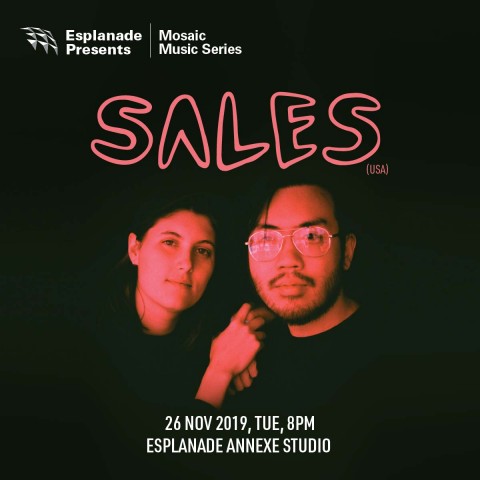