Looking for ways to improve your improvisation skills?

This one-off workshop taught by Brad Daniels is a great way to expand your improv horizons through exploring finding the joy and fun in working with you partner - inspiring them and in turn being inspired.

Suitable for intermediate level improv performers who are looking to challenge themselves to both be better at improvisation and enjoy themselves more.

Brad Daniels started performing improvisation in 1994 and has been working constantly in the field since then.

His roots are strongly in the Keith Johnstone "Loose Moose" school of improvisation, but he has taken on board a large number and variety of influences since he began training with Theatre Sports Queensland. He has studied with teachers such as Sean Tinley (Loose Moose), Patti Styles (Impro Melbourne), Keith Johnstone (Loose Moose), Sounds & Fury (LA), and many others.

In 2018 he directed and performed in two shows for the Anywhere Theatre Festival - "Show of Hands" - an improv variety puppet show, and "A Midsummer Night's Whatever" a improvised performance of :new works" by William Shakespeare which won a Anywhere Award as one of the best 10 shows in the festival.

In the last 17 years Brad and has appeared in and produced innumerable shows - with Theatresports Queensland, Six of the Best, Sit Down Comedy Club, Impromafia, and his own troupe EDGE Improv. 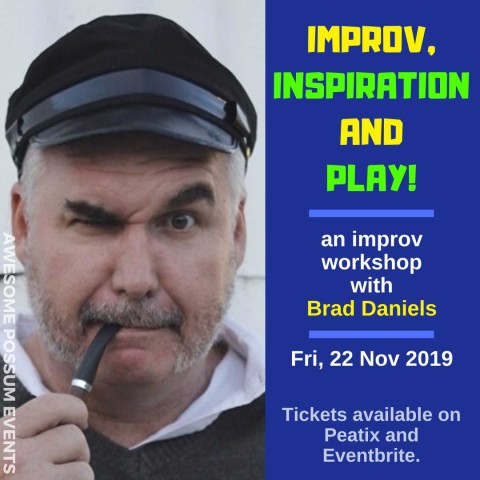