Organised by: Esplanade - Theatres on the Bay
Performed by: Amanda Heng

Amanda Heng invites participation and intimate conversations in her performative works. Often, she harnesses everyday situations to explore issues like the complexities of labour or the politics of gender. For her project in this Singapore Biennale, Heng revisits her Let's Walk series, first performed in 1999. Drawing upon the act of walking, the artist moves forward, looks back, turns inward and ventures outward with others. In this piece, she returns to the seminal scene of the walk and facilitates workshops with people who chart their own routes of walking, and with whom she walks. In so doing, she generates reflections and perspectives, as well as comes to terms with the limits and stamina, particularly of the ageing body.

About the artist
Amanda Heng (b.1951, Singapore) adopts an interdisciplinary approach to her practice, often working in collaboration with people of different cultural backgrounds, and from the arts and non-arts fields. Her work deals with the juxtaposition of Eastern and Western values, traditions, and gender roles in the context of a multicultural and fast-changing Singapore. She has presented work internationally and received the Cultural Medallion Award in 2010. A pioneer of contemporary art in Singapore, Heng was also involved in the founding of The Artists Village in 1988 and Women in the Arts in 1999. 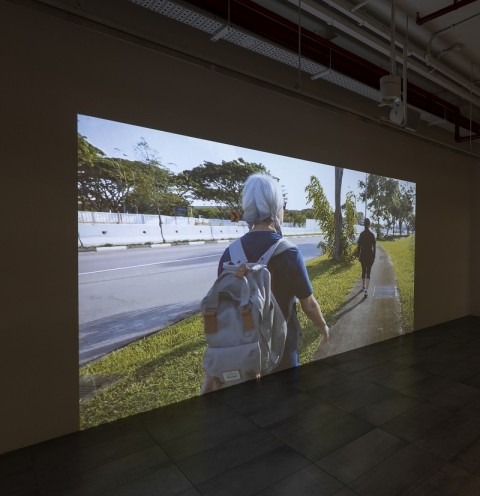