Organised by: Esplanade - Theatres on the Bay

"His live shows are amazing, packed with energy and great orchestration."
The Hindu

Get ready for a night of Bollywood fever as National Award-winning composer, renowned singer and lyricist Amit Trivedi makes his Singapore debut! Expect nothing short of a dazzling concert full of his catchy and danceable numbers, explosive stage presence and an evening filled with josh! Groove to the best of Amit Trivedi as he performs with his co-singers and band at Kalaa Utsavam 2019.

Amit Trivedi
One of the most in-demand music composers in Bollywood, Amit Trivedi has composed for top films such as Dev D, Lootera, Kai Po Che, and Secret Superstar, to name a few. His free-flowing use of Indian folk instruments, sometimes paired with a distinctly Western base of rock and electronica, has continuously broken new grounds in Indian cinema.

Touted as the torchbearer of the new generation of Indian music, Amit has won accolades including the National Award, Film fare, GIMA, Mirchi Music Award and Screen Awards. He was featured in Coke Studio @ Mtv Season 2, 3 and 4, and made waves on the MTV Unplugged in 2017 where he presented twists of his own songs. 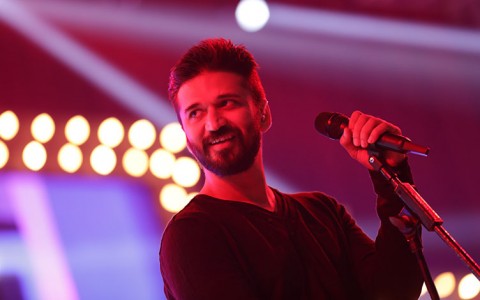