What do we do when bulletin is banal, cataclysm commonplace? We look away by looking straight ahead with eyes wide shut.

Now She Lives is a multidisciplinary theatre performance featuring video projection and live music, both interacting with the live performer onstage.

The work questions the anaesthetic role that art and media plays in modern Singapore; how we hide behind busywork and privilege to screen us from the horrors of living.

SYNOPSIS:
A young Singaporean woman is stuck in a loop. Living is unbearable, foul.

Pain is a buffet and the world an endless Bacchic feast; this refugee, that child soldier, this rape victim, that orphan, this minority, that man, this woman, that child, this... that... him... her... they... it...

Engorged, she scrolls it all away, tapping plastic hearts on Instagram and chasing the anaesthetic amnesia of Netflix.

Blink once, the world is still burning. Blink twice, you might smell the embers. Blink thrice and the flames are now scenery.

We would love for you to come about half an hour-forty five minutes earlier to enjoy a treat at the theatre foyer!

The show is proudly supported by NAC and powered by NYC Youngchangemakers.

Hole In The Wall is an art collective that makes theatrical works.

The collective is made up of musicians Ivan and Fel, together with actor Xuan.

Although the phrase "hole-in-the-wall" often refers to dingy, modest and obscure places, an actual, constructed "hole in the wall" is called a "niche", in architectural terms. A "niche", as we all know, refers to specialisation and expertise. Niches are often used to display prized objects.

The collective therefore vacillates between the grimy and the polished. We live between impulse and intention.

Xuan is an actor, movement artist and theatre-maker. She graduated from LASALLE College of the Arts in 2018 with a BA (Hons) in Acting.
Recent stage credits include The Insiders (by Alfian Sa'at directed by Jo Kukathas), Temple (Cake Theatre), CATalysts (SRT), The Cat In The Hat (The Little Company), Stupid Cupid and The Adventures of Abhijeet (Patch and Punnet). Recent screen credits include Alicia in One Take (nsftv by Hummingbird Co.) and The Girl in A Waking (Hei Studio). She believes in being a fiercely unapologetic conduit for all lives whom she is tasked to represent onstage and onscreen.

Ivan Daniel Deviano is a musician, but also an architect by profession. Ivan believes that technology is a medium for artists. His works explore digitally processing regular musical instruments like guitars and drums to create otherwise unachievable sounds. While he still takes mainstream music such as pop, rock and jazz as his basis, he believes that the extensive digital influence can sometimes add a new dimension to his music.

Felicia Lim is a classically trained violinist and self taught guitarist. Her music influence ranges from the classical likes of Tchaikovsky to the sweet riffs of John Mayer. Greatly inspired by such artists, she wishes to explore the possibilities of creating new sounds with a touch of the digital world. 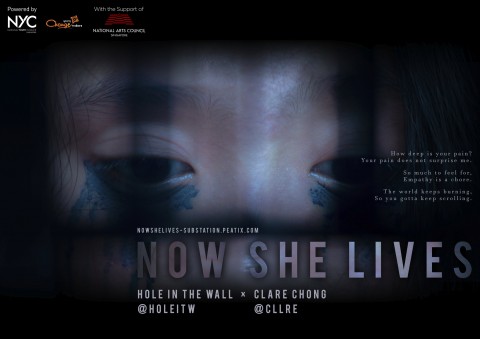