This October, hear from Linda Collins, author of Loss Adjustment, on the devastating loss of her daughter to suicide and facing the reality of afterwards.

About the book
"I have had nothing bad happen to me except my own doing. I have let this cowardice envelop me, and I can't shake it off. I will commit the worst thing you can ever do to someone who loves you: killing yourself. The scary thing is, I'm okay with that." —Victoria McLeod, Singapore, March 30, 2014

Loss Adjustment is a mother's recount of her 17-year-old daughter's suicide.

In the wake of Victoria McLeod's passing, she left behind a remarkable journal in her laptop of the final four months of her life. Linda Collins, her mother, has woven these into her memoir, which is at once cohesive, yet fragmented, reflecting a survivor's state of mind after devastating loss.

Loss Adjustment involves the endless whys, the journey of Linda Collins and her husband in honouring Victoria, and the impossible question of what drove their daughter to this irretrievable act. A stunningly intimate portrait of loss and grief, Loss Adjustment is a breaking of silence—a book whose face society cannot turn away from.

Loss Adjustment / Victoria's story has been previously featured on The Straits Times, The New Paper, Yahoo, A Magazine, The Finder, The New Yorker, Guardian.

About the author
Linda Collins is a copyeditor on the political desk of The Straits Times. She may be familiar to readers, having used to write a monthly contribution to The Expat Files in the Sunday Times from 2009–2012. She has an MA in Creative Writing at the International Institute of Modern Letters (IIML) at Victoria University, New Zealand and her non-fiction and poetry have appeared in Turbine, Swamp Living, The Fib Review, The Cordite Poetry Review and The Freerange Journal. She was shortlisted for the Hachette Australia Trans-Tasman mentorship, longlisted for a NZ flash fiction award and received an Honourable Mention in a Glimmer Train contest. Loss Adjustment was written three years after her daughter had died, and is a work of creative non-fiction. 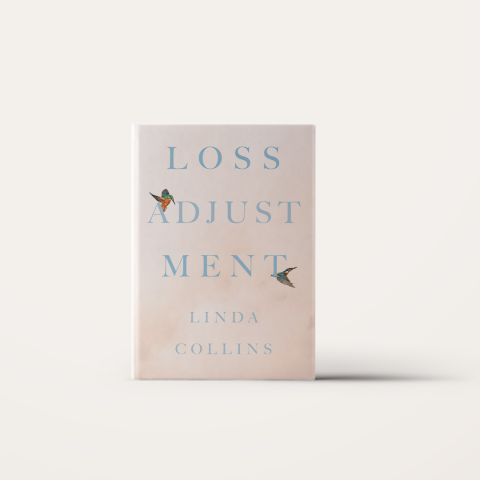