Street dance is storming onto the Centrestage of da:ns festival! Watch out for this epic showcase of mind-blowing street dance from some of the best crews from Japan, Taiwan and more, coming to you from slaying the stages of World of Dance and Hip Hop International. With various street dance styles and unique choreography, they prove that age, gender, location and language are no barriers to the power of dance.

About the Artists
s**t kingz (Japan), a four-man pioneering performance team well-loved for their strong footwork and comedic story-telling. They took the dance world by storm as the first Asian crew to win the Body Rock (USA) dance contest in 2010, and again in 2011. They now produce their own original full-length dance dramas, the largest of which attracted over 25,000 audiences in their 2018 Japan tour.

GRV (USA) believes that sharing the stage with the ones you love, having fun, making memories, and meeting new people along the way are more precious than just dancing. Runner-up at Vibe XX in 2015 and current champions of Body Rock, GRV takes great pride in what they do and will continue to do so for as long as they can. They have also competed in World of Dance LA, Bridge Dance Competition and the Fusion Hip Hop Dance Competition in the US. If there is one saying that helps keep this family strong, sane, and together, it is "Faith is Stronger than Hope." They do it for the love of dance and family.

IP LOCKERS (Taiwan) specialise in old school locking, with the motto "Insist on Perfection". Their smooth moves, original choreography and trademark black-and-white costumes set them apart. They won Second Place at World of Dance Taiwan 2019 and were finalists at Hip Hop International 2017. Founders of a popular street dance school and organisers of hip hop parties in Taipei, they often teach internationally.

Nelson Ewande (France) is a French artist regarded as one of the best popping dancers and choreographers of his generation, with a passion for mixing influences from hip hop, footwork and Afro Latin dance into his popping technique. Since he became a professional dancer, Nelson has emerged champion in numerous dance contests. He pursues and shares his passion through creating choreography for showcases and commercials, conducting masterclasses and judging dance battles around the world.

Fabulous Sisters (Japan) is an all-girl team championing their own brand of urban-jazz, infused with foundations in waacking, hip hop, tutting and other contemporary styles; complete with incredible staging and a distinct Japanese flair. They may be young (aged 12-26) but they are fierce! Led by choreographer Ruu, they have made waves at the finals of World of Dance USA 2016 (winners of Youth Division) and 2017, Britain's Got Talent 2019, and millions of views on YouTube. FULL OUT! will be their debut in Singapore. 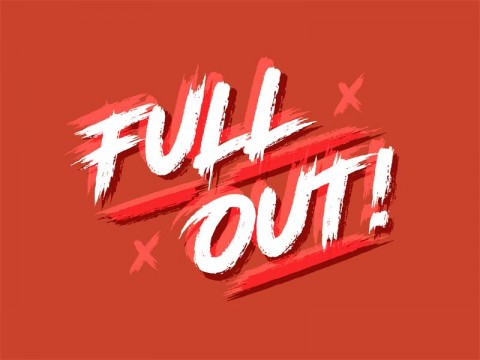