Organised by: The Runaway Company

Seven years ago, six friends sought refuge at a void deck in a quiet neighbourhood and found a home to make music in. The empty space became a place to conjure worlds and harmonies. But as the music fizzled out, so did the ties that bind the six together. Seven years later, they decided to reunite: to rekindle the flame they once shared at the very same void deck. But years of separation have created a chasm between them as they are forced to confront a friendship that may not have stood the test of time. As they reminisce and remember, old grudges are unearthed and tensions flare. What do we let go of and what do we hold on to as we grow up? 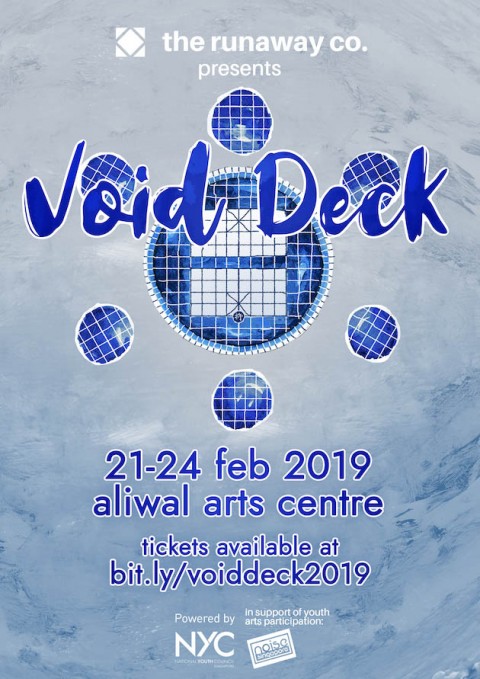