In the Living Room: Three Children

From how the work was created to what audiences saw onstage, the 1988 TheatreWorks production of Three Children was ahead of its time. The project, jointly led by Krishen Jit and Ong Keng Sen, saw the actors put through three months of rigorous training and devising sessions. When Three Children opened on 11 November, audiences and critics lauded the production's unconventional, nonlinear storytelling and its bold mix of Chinese opera and Western stage techniques.

Thirty years after this landmark production, our Living Room will play host to Leow Puay Tin, the playwright of Three Children, Loong Seng Onn, actor in the 1992 touring production, and Claire Wong, actor in the 1988 and 1992 productions. Together with theatre academic Robin Loon, the four will chat about this remarkable play, from its conception, development and reception, to its impact on today's theatre landscape. 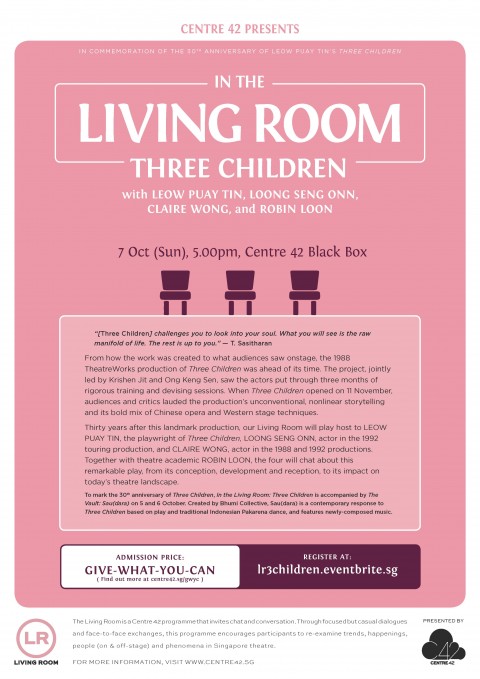