IMHO: In My Humble Opinion

Organised by: The Arts House

Ever read a book and wanted to share your thoughts on it with others? Join us in this first edition of the IMHO series moderated by Cheong Suk-Wai, featuring a discussion on the novel The Tipping Point by Malcolm Gladwell.

About IMHO
IMHO is a meeting place of ideas and discussion for the vast body of international non-fiction writing, whose ideas and problems has shaped the modern world since the beginning of the 20th century. Each session examines one seminal non-fiction work and will be moderated by Cheong Suk-Wai.

About Cheong Suk-Wai
Cheong Suk-Wai has been a lawyer and journalist for more than 20 years, and a writer of prose, poems and songs for even longer than that. With 32 national and international writing awards to date, she is the author of four books including The Architecture Of Atmosphere (2012); the official SG50 book Living The Singapore Story (2015); and In Chambers: 150 Years of Upholding the Rule of Law (2017), the first book to record the past 150 years of Singapore's Attorney-General Chambers' history. 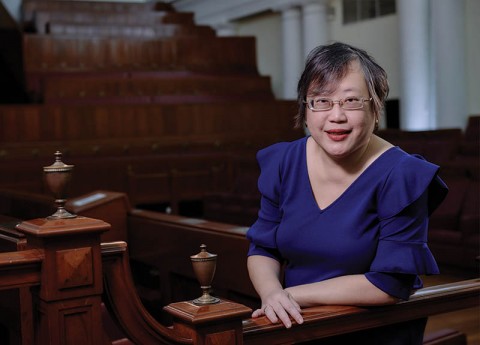