What are the hurdles inherent in Singapore's sports? Running on Empty: The Story Behind 0.01s is an evocative account of UK Shyam's sporting journey: his start as an aimless youth from a single-parent family, being talent-scouted for and picking up athletics, and his struggle of balancing studies and ambition to become Singapore's fastest man. Shyam's story is an unprecedented look at the obstacles of a full-time athlete aspiring to fulfil their sporting potential in Singapore.

At this book launch, join ex-national sprinters UK Shyam, Kenneth Khoo, and ex-Straits Times journalist Chua Chong Jin for an honest conversation on the hurdles crossed, the ones that still remain, and how local sports can move forward in a positive direction.

About the book
"I think I spent more time fighting the system and officials than actually running faster and faster." —UK Shyam, in an interview with the media in 2004

Running on Empty is a revealing insight into UK Shyam's journey—his beginnings as an aimless youth from a single-parent family to becoming Singapore's fastest man. Powering past obstacles that are disclosed in this exclusive account, Running on Empty takes you through Shyam's eventful track career from the 1990s to early 2000s: a period that saw him talent-scouted as a promising athlete, to making the heart-wrenching decision of quitting the sport, before his spectacular return as the golden boy of Singapore athletics. Never smooth-sailing, Shyam's life as a sprinter was marked by a lack of financial support as well as controversy with the media and the Singapore Athletic Association (SAA), all of which often threatened to distract from his sprinting ambitions.

Written by former national sprinter Kenneth Khoo and extensively supported by interviews with prominent national athletes such as Ang Peng Siong and C Kunalan, sports officials and coaches, it presents the little-known lives of full-time athletes—the grit behind their glamour, and the fight against all odds.

This is the story behind 0.01 seconds. 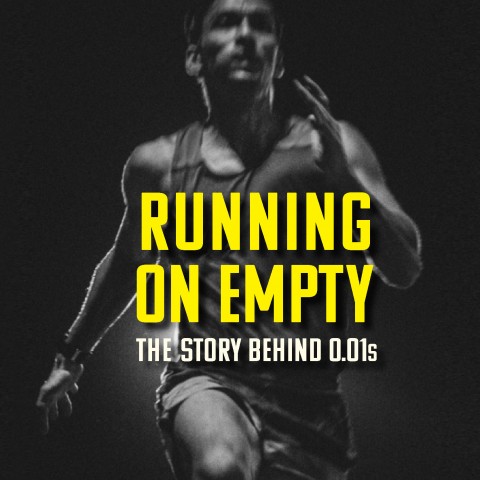